iPhone rumors are heating up, with noted analyst Ming-Chi Kuo this week releasing a wide-ranging report outlining his expectations for the iPhone lineup over the next three years. 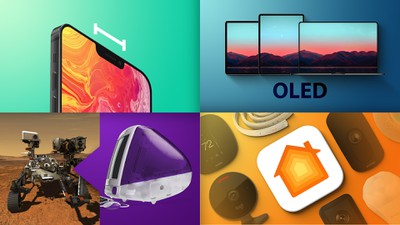 This week also saw rumors about OLED displays potentially coming to iPad and Mac starting next year, increasing signs of AirTags functionality in iOS 14.5 betas, and more, so check out all of the details below!

Well-known Apple analyst Ming-Chi Kuo this week shared a lengthy list of expectations for future iPhones over the next few years. 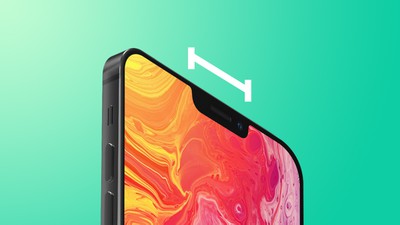 Kuo said this year’s iPhone 13 lineup will consist of the same four models as the iPhone 12 lineup, all with a smaller notch, larger batteries, Qualcomm’s Snapdragon X60 modem with 5G enhancements, upgraded cameras, a Lightning connector, and more. Exclusive to iPhone 13 Pro models will be a long-awaited 120Hz display and Ultra Wide lens improvements with a wider aperture and autofocus, he added.

After shrinking the notch this year, Apple may remove it entirely next year, with Kuo predicting that at least some 2022 iPhone models will switch to a hole-punch display design like many of Samsung’s latest Galaxy smartphones, but he did not explain how this will work given that the notch currently houses the front camera and Face ID components. Some under-screen camera and facial recognition solutions do exist now.

Apple also plans to release a new iPhone SE with a similar design as the existing 4.7-inch model in the first half of 2022, with key new features to include a faster chip and 5G support, according to Kuo. And in 2023, a 7.5-8 inch foldable iPhone may become a reality.

iPhone Sticking With Lightning Port Over USB-C for ‘Foreseeable Future’

As part of his wide-ranging research note about future iPhones this week, analyst Ming-Chi Kuo downplayed the possibility of a portless iPhone launching this year, noting that Apple will continue to use its proprietary Lightning connector for the “foreseeable future.” 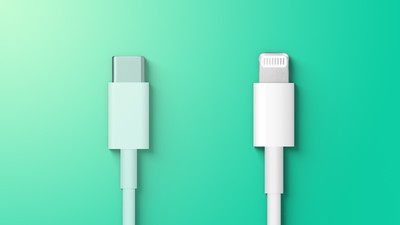 “We believe that USB-C is detrimental to the MFi [Made for iPhone] business’s profitability, and its waterproof specification is lower than Lightning and MagSafe,” wrote Kuo. “Therefore, if the iPhone abandons Lightning in the future, it may directly adopt the portless design with MagSafe support instead of using a USB-C port. At present, the MagSafe ecosystem is not mature enough, so the iPhone will continue to use the Lightning port in the foreseeable future.”

It was Kuo himself who originally predicted that Apple would launch a high-end iPhone without a Lightning connector in 2021. He also expected a lower-end iPhone with a Touch ID power button to launch this year, but he now said timing is unclear for introduction of such a feature.

Apple is rumored to be transitioning to mini-LED displays on some of its upcoming iPad and Mac models, but it looks like there may be another display technology coming to these devices: OLED. 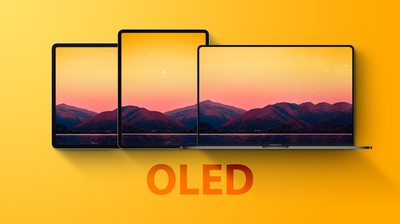 According to DigTimes, the first of Apple’s larger portables to adopt an OLED display is likely to be a 10.9-inch ‌iPad‌, presumably an updated version of the iPad Air. The updated ‌iPad‌ is said to be planned to go into production in the fourth quarter of this year with a launch coming in early 2022. In addition to the 10.9-inch ‌iPad‌, Apple is also said to be considering using OLED displays for the 12.9-inch iPad Pro and the 16-inch MacBook Pro.

Apple’s long-awaited AirTags item trackers have been rumored for nearly two years now, and there are signs that an announcement may finally be nearing. 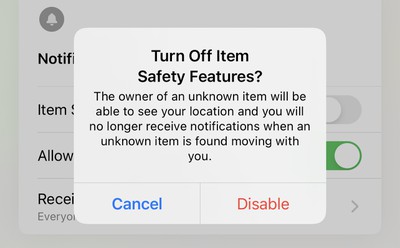 In the third beta of iOS 14.5 seeded this week, a new “Items” tab has been enabled by default in the Find My app. This section will allow users to keep track of select non-Apple-branded products like Beats headphones and upcoming Belkin wireless earbuds, and it is expected that AirTags-equipped items like a backpack or luggage will also be managed from this tab.

There’s also a new “Item Safety” toggle in the Find My app. When this feature is enabled, iPhone users will receive a notification when an unknown item is found moving with them, likely to help prevent a person from being stalked by another person with AirTags or similar.

HomeKit Essentials Worth Checking Out

HomeKit was slow to take off after its 2014 launch, but now that it’s been around for seven years, there are hundreds of ‌HomeKit‌ products available, ranging from doorbells and speakers to TVs, lights, and cameras. In one of our latest YouTube videos, we rounded up some of our favorite ‌HomeKit‌ products that we find most useful. 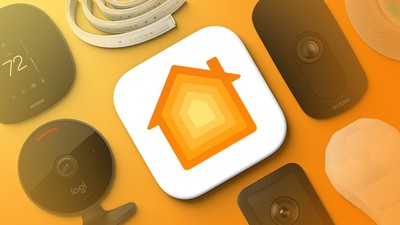 NASA’s Perseverance rover that landed on Mars last month is equipped with a more durable variant of the PowerPC 750 processor, the same chip used in the colorful iMac G3 in 1998. 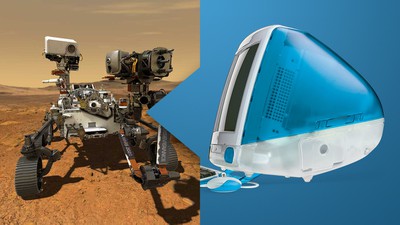 Designed by Jony Ive, the iMac G3 is widely considered to be the computer that saved Apple, which had flirted with bankruptcy in the late 1990s until Steve Jobs returned to the company. Following the iMac G3, Apple went on to introduce iconic products like the iPod in 2001, the iPhone in 2007, and the iPad in 2010, which helped it become the world’s most valuable company.

Each week, we publish an email newsletter like this highlighting the top Apple stories, making it a great way to get a bite-sized recap of the week hitting all of the major topics we’ve covered and tying together related stories for a big-picture view.

So if you want to have top stories like the above recap delivered to your email inbox each week, subscribe to our newsletter!

Life in Azerbaijan’s Digital Autocracy: ‘They Want to be in Control of Everything’

7 photos show chaos at gas stations in the UK, where a fuel shortage has led to mile-long queues, people bottling petrol, and one man riding a horse past the pumps