T-Mobile is in some hot water at the moment. Would discounted cloud storage distract you from the service’s fourth major security breach in four years? No? Well, it’s coming anyway, according to a recent leak — though you might have to wait just a bit longer to get it.

Tmo.Report published a leaked support page indicating that the carrier is getting its own tier of Google One (Drive storage, phone backups, 4K photo uploads) to offer exclusively to its customers. It’s 500GB of shared storage for $5 a month, with one month free as a sign-up promotion. Storage can be shared among up to five Google users.

Though Google doesn’t offer a 500GB tier at the moment, the $5 pricing isn’t especially mind-blowing — you can get 100GB for $2 a month and 2TB for $10 a month, so it fits right in with the progressive storage tiers. It wouldn’t surprise me if Google made this option public after a short period of T-Mobile exclusivity.

According to the leak, the new add-on option will be available for standard T-Mobile customers starting September 1st.

No, the calendar hasn’t deceived you — it’s September 7th, and T-Mobile has yet to make its exclusive Google One plan official. According to an update from Tmo.Report, the internal document is now hidden from view, suggesting it’s been delayed from its initially planned launch date. 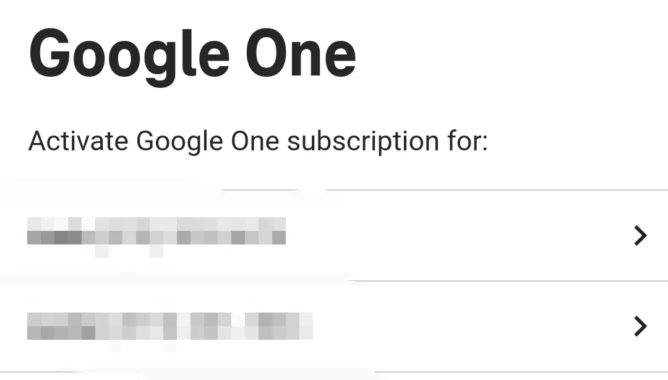 That said, there’s still evidence this plan is on its way. The activation URL is still accessible, even if redeeming a phone number results in an error message. With any luck, it won’t be too long until this deal is available to consumers. Considering there’s a Pixel event on the horizon, it would make for perfect timing.