After months of speculation, Skillibeng is allegedly scheduled to become a father as his girlfriend Taveionn is pregnant. The rumors only got worst following her disappearance from her Youtube channel and social media, Taveionn Telfer’s maternity photos have been leaked, confirming her pregnancy. The leaked photo pops up on Instagram this week after Youtuber Ken allegedly leaked it.

Although the photo posted was deleted soon after, fans were able to screenshot and circulate the image to various Instagram blogs.

Persons quickly made their way to the comment section to express their opinions about the pregnancy and the leak. “How unuh get this picture? lol,” questioned an individual. Other users quickly came with receipts following the leaking of the photo.

“Ken from gio and Ken post it pan har ig story. Last night she post it. Then delete it, I have a screenshot in my phone right now can show,” the user stated.

“First word will be ‘brrrp or yzt’ congratulations,” wrote one fan alluding to Skillibeng’s catchphrase.

Still, some upset fans highlighted that Tavi and Skillibeng were robbed of the opportunity to make the disclosure themselves. 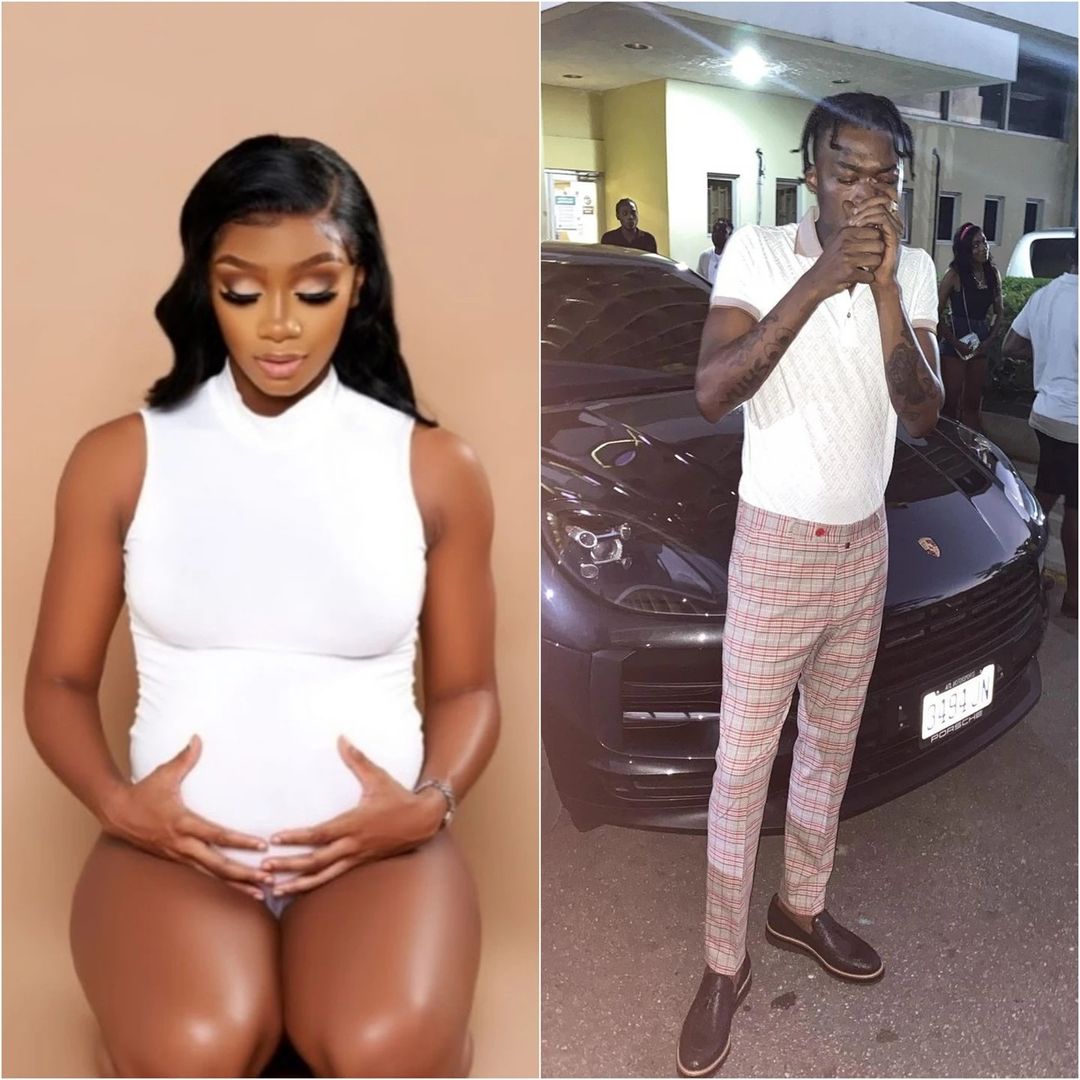 Sadly, this is not the first instance of a leaked image from her maternity shoot, but the former was done with more tact. It was done by way of a popular photographer who shared the work, albeit with an emoji covering the pregnant woman’s face. Fans were still able to discern that it was Tavi in the images, but it was still inconclusive.

Taveionn and Skillibeng’s popularity online is immense, and they have created a major buzz before when she confirmed their relationship earlier this year.

Rumors were circulating back in January regarding their relationship which she later confirmed via a video posted on her IG page. She further addressed being stalked and essentially harassed about her and the artist. In fact, she was spotted even attending family gatherings with him, such as a Christmas dinner back in December. Sadly, that is the price for stardom, and your privacy is no longer a privilege that you can enjoy.

Skillibeng has had a rather scathing past regarding him and fatherhood. There were prior statements that Skillibeng was fathering a child that was allegedly his with his ex-girlfriend Leshii who detailed their engagement on Instagram.

“When him meet me him did know seh me have a man,” she confessed. “Him never care, him still a come to me, come over me yard every f***ing thing.”

She stated that she told the entertainer that she was pregnant, something he okayed since he knew he had ejaculated inside of her. A DNA test later confirmed that he was not the father. This fact was even brought up by Intence during their lyrical warfare, which silenced the artist after that.

If Tavi is truly pregnant for the “Coke” deejay, it is a blessing. Congratulations to the couple!

Everything Apple unveiled this week: iOS 15, FaceTime upgrades and more