The Motorola Defy 2021 leaked images and specs revealed that it is sporting a rugged military-grade body. The extensive reveal hints at a nearing launch, although the exact date remains unannounced. 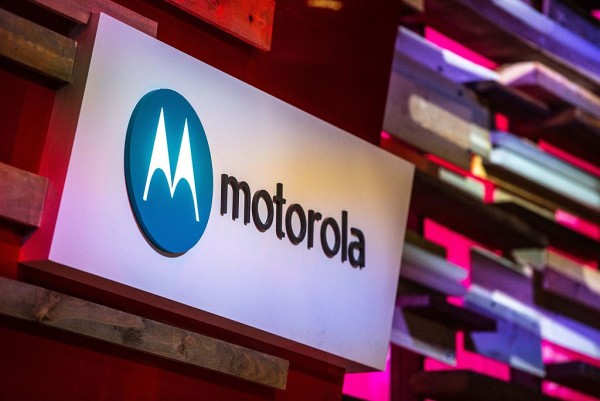 (Photo : by David Ramos/Getty Images)
BARCELONA, SPAIN – MARCH 03: A logo sits illuminated outside the Motorola pavilion during the second day of the Mobile World Congress 2015 at the Fira Gran Via complex on March 3, 2015 in Barcelona, Spain. The annual Mobile World Congress hosts some of the wold’s largest communication companies, with many unveiling their latest phones and wearables gadgets.

On June 4, Gizmochina reported that the Google Play Console first confirmed the new Motorola device. Back then, it was not yet called the Defy. Instead, it used a codename: Motorola Athena.

After the console spotting, speculations grew that it is likely that the re-birth of the 2010-launched Motorola Defy.

In addition, when it launched, it was remarkably heralded as the first-ever Android smartphone that does not mind getting wet, or used without care. In hindsight, it pioneered the waterproof and dustproof functions, even before Apple and Samsung added those features to its flagship phones.

Now, the leak suggested that Motorola is bringing back the rugged smartphone to the market soon.

Evan Blass, who goes by the username @evleaks, tipped that the new device is named the Motorola Defy 2021, as per GSM Arena.

The tipster included photos of the upcoming smartphone with sand, rocks, and soap foam on the background. Perhaps to send the message that this device could sit unbothered even on surfaces other counterparts avoid.

It was also seen that the bare body of Defy looks like it is wearing a military-grade case.

Specs-wise, it really could withstand the harshest environment as it features IP68 dust and water resistance. Technical names aside, it only means that it can be left for a maximum of 35 minutes under 1.5m of water depth without trouble. Also, it is built to resist vibration, salt mist, thermal shocks, and even humidity.

Moreover, the Defy is also unbothered by varying temperatures of up to -30 degrees Celsius or 75 degrees Celsius. And not to mention that it could be washed like dirty laundry with soaps and intense disinfectants.

With that, users should not mind getting it filthy.

The ruggedness will not be complete if it is not drop-proof. To be precise, the Defy could fall as high as 1.8m undisturbed; even if it lands on an unyielding material like metal.

From the specs above, it is now clear that this smartphone is taking “military-grade” seriously. But how does it perform?

The rugged phone is not lacking in power with a Qualcomm Snapdragon 662 chipset. It also sports 4GB of RAM and 64GB of storage.

Furthermore, it takes photos through its 48 MP main camera, alongside the other 2 MP macro and depth lenses. It also has an 8 MP selfie shooter.

Inside the rugged device is a 5,000 mAh battery that could be fast-charged at 20W.

Perhaps due to its military-grade body, a wireless charger option is not available. So, this device will not benefit from the Motorola and Guru Wireless partnership.

Unfortunately, it will initially run an Android 10. However, it was noted that the Android 11 is coming to the device in mid-2021.

ⓒ 2021 TECHTIMES.com All rights reserved. Do not reproduce without permission.