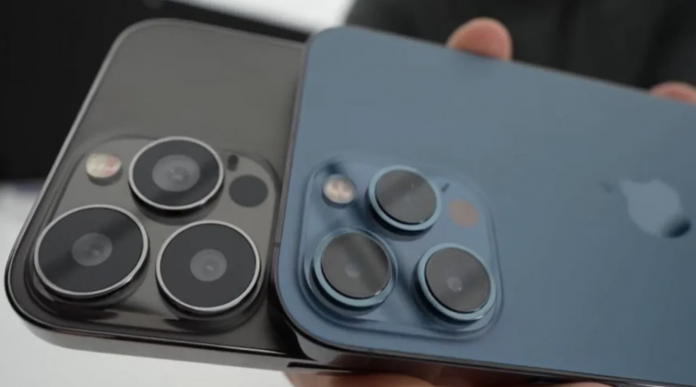 A short time ago, the video of Magsafe cases, which are thought to belong to the iPhone 13 family, made a lot of noise on social media, and the video was immediately removed.

As you know, many predictions were made for the upcoming iPhone series. Some of these predictions were that the growing camera, wired charging would be removed, and the name would be iPhone 12S, not iPhone 13.

A Twitter user shared pictures and video of Magsafe cases of iPhone 13 Pro Max in boxes, which we guess were recorded during shipping at a production or distribution center, on his Twitter account. After sharing, he removed the tweet as it approached 4 thousand views.

Do the leaked photos really belong to the iPhone 13 series?

Of course, it may be true, but 2 weeks until the launch, it is so normal to have such leak news and fake leak photos and videos to appear suddenly…

In the videos, there are cases where we can only see the black color in white bags with the iPhone 13 Pro Max and Magsafe writing just below. Apple, which appeared with colorful cases last year, received reactions from many people on social media because there were only black cases in this image.

When will the iPhone 13 be introduced?

Due to the pandemic last year, all events were affected by this situation for a long time. Don’t be misled by the early opening of schools this year, as we mentioned in our previous news, Apple has decided to postpone its plans to return to the office for a few more months.

Still, it is estimated that the American company, whose factories all operate efficiently and currently does not have any problems with chip production, is already ready to put the entire series on the shelves. The iPhone 13 family will be introduced on Tuesday, September 14, 2021. It will go on sale on September 24.

In this news, we shared with you a possible leak and the details of the iPhone 13 family, which is planned to be released. What do you think about the subject? Do not forget to share your views with us in the comments.