Many GTA fans tend to take what they see from GTA 6 leaks at face value. So many of these map leaks include grainy photos that are usually photoshopped. The reason for having these grainy photos is that it’s harder to “disprove.”

That’s not to say that a GTA 6 map leak cannot be true. However, these leaks are simply that; just leaks. There is no definitive leak that is undisputedly true for GTA 6 right now. GTA fans can still choose to believe what they wish to believe, but they need to know that the recent GTA 6 map leaks are not credible. These leaks could be true, but the source is from 4chan, so that’s usually not the case.

How credible are the recent GTA 6 Map Leaks?

The first thing to note about the recent GTA 6 map leaks is that it contradicts some previous GTA 6 map leaks. Of course, game development can always change what an in-game map looks like, but that’s related to another problem GTA 6 map leaks tend to have.

The most likely reason so many GTA 6 map leaks contradict one another is because the leaks are founded on nothing. It’s completely bogus, designed to get people’s hopes up, especially since some leakers get off of the attention their leaks get.

As it is with most 4chan leaks, this leak lacks a credible source. Even if the image was true, the author’s simply anonymous. Given how easy it is to fake images like the one shown above, it should only be taken with a grain of salt.

4chan has had leaks that were verified to be true in the past. However, that usually happens when a game is near completion. In GTA 6’s case, the game hasn’t even been officially announced yet. Unless Rockstar wished to surprise everybody with GTA 6 being released shortly after its announcement, most leaks right now are going to be completely bogus.

Other GTA fans’ opinion on this matter

Unsurprisingly, many GTA fans do not believe this recent leak to be valid. Interestingly, some GTA fans over on the GTA 6 subreddit have done map comparisons between this leaked map and GTA 5’s map. There are more similarities than one might think at first glance (which can be seen in the top image of this article).

Other critics of this leak have pointed out how bizarre the layout is. For starters, it appears as though the map is only partially finished. One could argue that this GTA 6 map leak was taken early on in its development cycle, but that still doesn’t explain other anomalies with this map.

For example, the roads are really thick. Assuming that the map will be of a similar size to GTA 5’s map, that is a lot of thick roads that will have way too many lanes for normal gameplay. Likewise, the city already looks cramped as it is, with some parts looking reused from GTA 5’s map.

There are so many GTA 6 leaks that contradict themselves, that some of them are inevitably wrong in a best-case scenario (with a worst-case scenario having them all be wrong).

In some ways, this map leak seems to play off of GTA Vice City fans’ wishes to see Vice City return in a major way. The grainy nature of this photo also obstructs some of the finer details of this leak, which is often used by other leakers for their photos.

Given the fact that several “leaked images” of GTA 6’s map have been released in the past, it would be strange that a good deal of them look completely different from one another. Unless there is a way for GTA 6 to include several different locations (which some leaks do address), this current map leak isn’t credible.

Could this leak be true? 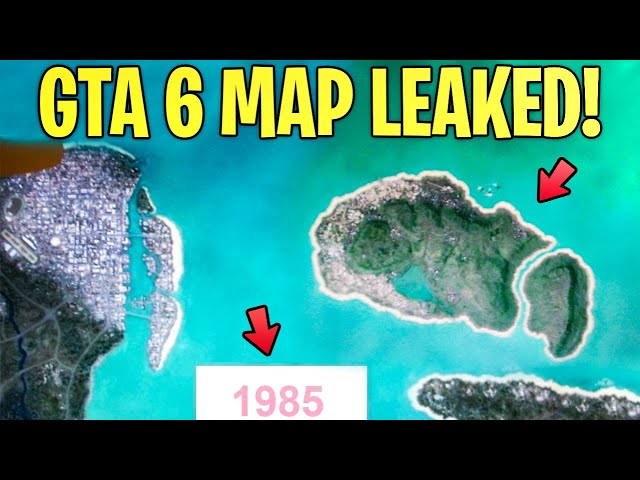 Likewise, 4chan has had several successfully leaked games on the site before. It’s possible for GTA 6 to be one of them. Likewise, other GTA 6 leaks can be credible and not this one, as several of them do have their origins somewhere on 4chan.

More likely than not, this leak should only be looked at for one’s own amusement. Taking this leak seriously may lead to some disappointment in the future if it’s proven to be false.