“Fortnite” has been introducing a bunch of new skins in the past few months, but if recent leaks are true, fans will have a chance to get a couple of new skins based on “The Mandalorian,” a Disney Plus original spin-off series of the iconic “Star Wars” franchise. 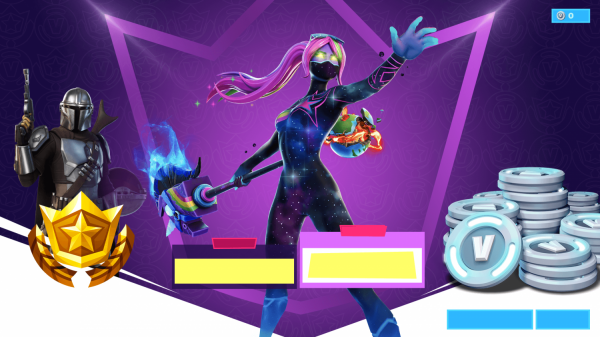 (Photo : VastBlast – Fortnite Leaks / Twitter)
According to leaked data, The Mandalorian is coming to “Fortnite.”

According to GameSpot, the leak suggests that Mandalorian and Baby Yoda skins will be available as part of the Season 5 Battle Pass.

busting out the old mute word:

mandalorian, more than likely a deadpool situation which i can handle. pic.twitter.com/YUsEqF4DXs

The leak was part of the datamined “Fortnite” data from earlier this month, with images showing The Mandalorian and two other unrelated skins at the back, plus a Baby Yoda floating on its pod behind the bounty hunter.

There are also a few other leaked promotional photos for the upcoming events, with one showing The Mandalorian right with the Battle Pass icon.

It’s not really a surprise if Epic Games decides to add some Mandalorian fun on the popular battle royale title, especially as it’s partnered with the franchise a few times in the past, such as the “Star Wars: Rise of the Skywalker” trailer that took over “Fortnite” last December 2019, as per TechRadar.

Moreover, the developers are partnering with Disney yet again to provide “Fortnite” players with a free subscription to Disney’s streaming service, Disney Plus.

According to a report by Polygon, the promo works once the players buy anything in-game, such as exchanging real money with V-Bucks, or the in-game currency used to purchase new skins, cosmetics, and emotes.

For those who have bought or planning to buy anything from the game, the reward is a free two-month subscription on Disney Plus, where “The Mandalorian” is currently streaming.

However, this only works if you’re a new Disney Plus subscriber.

With the partnership and the new leaks regarding the new skins, fans speculate that the next season might be a full “Star Wars” themed season, much like the current Marvel-themed season.

Some believe that the upcoming Season 5 will revolve around The Mandalorian himself as the pivotal character, with several weeks featuring specific “Star Wars” characters, such as when the current season introduced the new Marvel Knockout Series featuring Daredevil, The Ghost Rider, Black Widow, and Venom.

Read More: ‘Fortnite’ Chapter 2 Season 5 Map Guide: A Closer Look of What You Can Expect

Besides the upcoming Season 5 Battle Pass, Epic has also added a new subscription known as the “Fortnite” Crew.

In an official blog post by PlayStation, “Fortnite” Crew will come on December 2, along with the arrival of the game’s Chapter 2, Season 5, and will cost players a monthly fee of $11.99 or €11.99.

The new subscription would include the season’s Battle Pass (those who have bought the Battle Pass will be refunded with 950 V-Bucks), a bonus of 1,000 V-Bucks per month, a monthly Outfit Bundle, and a Crew Pack featuring empress of the cosmos, Galaxia.

Each month, the Pack will feature a special character.

For those who are interested in the “Fortnite” Crew monthly subscription, it can be purchased from the Item Shop in-game or Battle Pass purchase screen once it becomes available.

ⓒ 2018 TECHTIMES.com All rights reserved. Do not reproduce without permission.