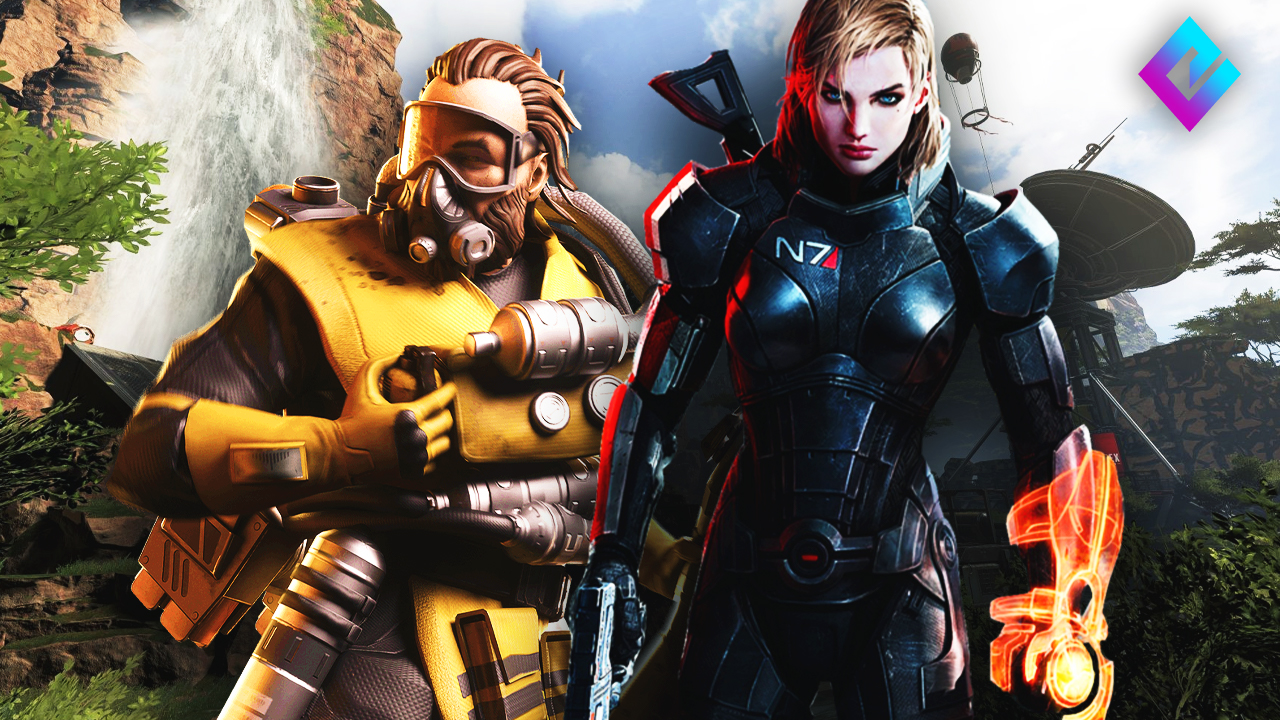 This most recent leak comes from a very odd place around GameSpot, but not in the way you would typically think. Rather than GameSpot sharing a standard article about this leak, they have noted that a reader for the site has sent them an image that shows this leak off.

The GameSpot reader sent over an image of what looks like to be a screenshot from the Xbox platform. GameSpot has reportedly confirmed this image to be true and real, so it would make this upcoming rumored Apex Legends Mass Effect seemingly real.

In the image, it can be seen that the user took a picture off of an external device, like a phone or something else, of their TV screen. Two photos show the general Xbox platform UI to prove that it was on the home screen of their console and then another one of the actual leak.

The blurry Xbox home screen image shows that this user is on the Xbox platform and gives some further credence to this Apex Legends Mass Effect leak. It is hard to break down what is going on in the screen, but we can tell that it is Apex Legends-related imagery, at the very least.

But in the zoomed-in screenshot, we can see an image on the Xbox platform that shows a new item that players will reportedly be able to pick up in the battle royale game. It looks to be a weapon charm but not just any weapon charm as it is a crossover with another franchise.

The weapon charm is the signature N7 logo and color scheme from the Mass Effect universe. Notably, in those games, you play as Commander Shepherd, one of the N7 agents in the universe. It is a signature piece of that game series, even to the point where we have N7 day every year in November.

The image even notes that players can claim their perk in Apex Legends right now. This part is interesting as it is clear that the leak is Apex Legends Mass Effect crossover leak is for a weapon charm (or more) in the game, but this image indicates some intriguing situations.

Given that the image has the caption that players can “claim” their perks right now, it seems that this crossover weapon charm will be a perk of some kind that you can unlock. It may be part of the Xbox Game Pass Ultimate subscription, as that makes a lot of sense.

The sub gives you access to free games that you can use as part of it, but one of the bigger features of this service is that EA has joined it. Beyond the games that you can get, players can also get some free items and other content for existing games like Apex Legends.

But it does make us wonder how the crossover will work. With the insinuation that this will be available to Game Pass users worldwide from that image, does this mean that it will be exclusive on the Xbox and maybe PC platforms?

Would this mean that users on the Nintendo Switch and PlayStation versions would not be able to get this crossover weapon charm? That would be quite unfortunate but something that has been done before. We had seen some exclusives in the past with the Steam charms and items you could only get when that port was released.

But the weird thing about this one, though, is that Mass Effect is an EA franchise, just like Apex Legends is, so it would make sense to have it available everywhere like the battle royale game is (and Mass Effect mostly is; sorry, Nintendo Switch players).

Given that the Mass Effect release: Legendary Edition is coming out on May 14, it would make sense to hype up that game with some weapon charms and possibly other items in Apex Legends ahead of time. There are some room for some crossover between the audiences of those games.

Both are EA titles with shooter gameplay and a sci-fi setting. EA is likely hoping that the millions of players worldwide who adore Apex Legends will feel interested in checking out the new collection of all three of the first Mass Effect games.

We will have to wait and see for now as the Chaos Theory event just began in Apex Legends, so we doubt that anything like a significant crossover will happen in the middle of that. Instead, it will likely happen afterward, so we could see these crossover items either later this month or anytime between now and May 14 when the Legendary Edition releases.

Mass Effect: Legendary Edition includes all three games remastered in 4K resolution with HDR capabilities. Almost all of the DLC packs are included, with more than 40 pieces of extra content in this complete collection.

Opinion | Where Did the Coronavirus Come From? What We Already Know Is Troubling.